I’ve been knitting “top down” sweaters lately (where you start from the neck and knit your way down), but wanted broader shoulders for a sweater for my youngest son and decided to try the Peace Fleece Father Son Pullover, which is knitted flat from the bottom up and then sewed together.

I had already ordered five skeins of Peach Fleece Palomino because I wanted to make myself the Sassy Cardian. The tan/peachy colored yarn was sitting on the dining room table when my son came down one day and said he loved that color. I had also recently ordered some Zarya Fog and Anna’s Grasshopper and thought those three colors would look awesome together, so I made a swatch and liked the combo as stripes, but my youngest son was not wild about the Anna’s green.

Covering up the Anna’s green on the swatch, I agreed that the Palomino (peach) and Zarya Fog (blue) were a winning combo – now, how to use them?

I scanned for ideas on Ravelry, Instagram and via Google searches. I played around with random stripe generators and looked through my own little library of favorite books and patterns.

Then I saw Deborah Cooke’s scarf made with a fibonacci pattern and loved the pleasing simplicity of it. I decided to combine the fibonacci idea with the Father Son pullover pattern.

Here is the finished back showing the sequence – alternating the fibonacci numbers from each side.

Sewing the sweater together

It’s been awhile since I’ve sewed up a sweater and I don’t think I’ve ever done it as a true “mattress stitch”. I watched some videos on this and tried it, but the seam would have been super thick, like a cord, and I wanted it smaller and more comfortable. I ended up first finding this post about seaming stockinette stitch. Which was very helpful for explaining how the seam should look.

This video was helpful with adding the sleeves and showing how to pin them prior to sewing together. We work from the front of the garment, not the back.

Here I have the sleeve pinned where I want to sew it and will try to make the seam look like a knitted row.

One thing I noticed when researching this pattern, is that a lot of people had it knitted up; I saw numerous posts on Ravelry and Instagram showing the pieces, but they hadn’t sewed it together, and there was no later post about the finished sweater. I think that is a drawback of these sew-up construction patterns – sleeve island is hard enough, but then to have to sew… it can be a lot when much of the time all we really want is the relaxation of knitting – not the stress of finishing.

Luckily I had someone that was waiting for the finished sweater and it sat long enough in the unsewn state. It did take me quite awhile to actually sew it up as well – like hours and hours! I’m just not fast at that kind of thing.

This pattern fits very nicely – it’s rather trim though. There’s not a lot of positive ease, so I’m glad I used a sweater to get measurements from for my son and then added about 10% to that – it fits him perfectly.

The sleeves are bit bulky though. I would like to figure out how to make them thinner on the next sweater, without so much bulk. They’ll be super warm for my son up in Burlington at college though. I did make them too long as well. The pattern suggested 19 1/2 and I wish I had done that instead of the 20 1/2 inches I did. This was because the last sweater I made this son he complained that the sleeves were too short. I figured he could roll up the sleeves if too long, but it is dense, so the proper length would have been better.

In the end, my son was very happy with his new sweater! Now to knit one for his dog! 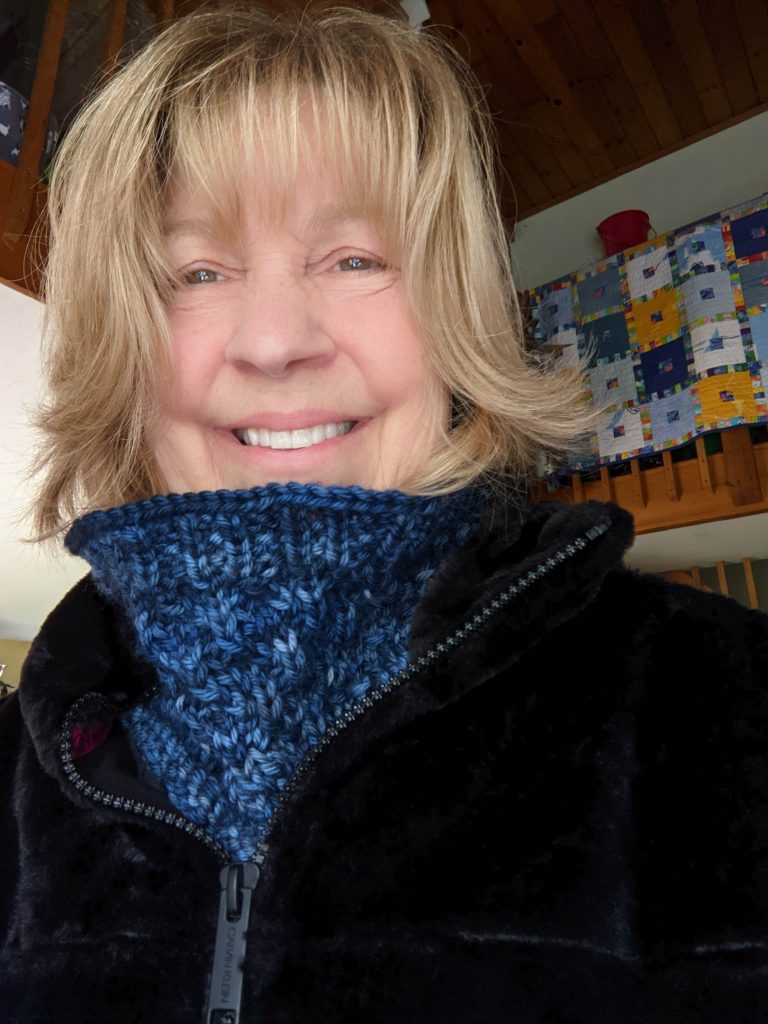 An intermediate cowl knitting pattern using bulky superwash yarn, creates a soft, squishy texture that feels luxurious around the neck! Pattern is worked from the bottom up and in the round, with slip stitches, yarn overs, and a unique ribbing pattern.
Full video tutorial shows every aspect of knitting this project.

Some things you eagerly do and others you have a hard time getting started. You have the desire and the interest, but something always stops… 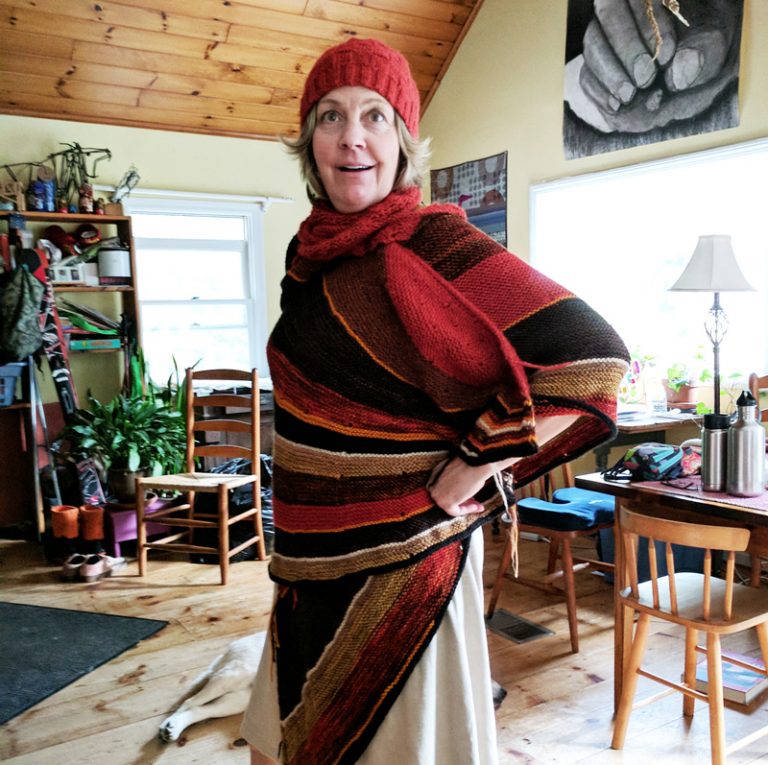 This post popped up in my feed today and I immediately sent it to my pal Laura, “Can you believe it’s been six years?” It’s… 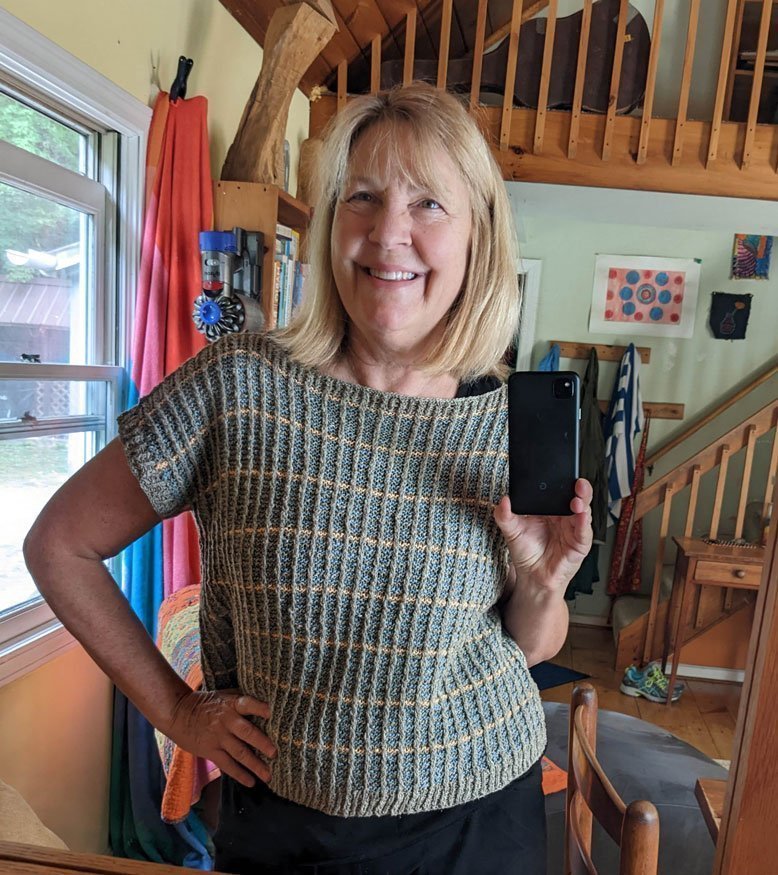 Knitting is my “go to” stress reliever and I often start projects on a whim, such as the Soldotna Crop or the hats I like…